On June 2, 2015 a friend and former confrère of mine, Fr. Cuthbert A. Jack, O.S.B., was laid to rest. You can read his obituary here. After his funeral the monks of St. Vincent Archabbey most certainly entoned the Benedictine Ultima, a rendition of which, accompanied by none other than Yo-Yo Ma, can be seen and heard by clicking on this YouTube link. See the Benedictine Ultima lyrics and sheet music below.

(Revised 6/12/15) Thirty five years ago Cuthbert and I – along with something like 13 others – were in the same, unusually large novice class. From that novice class only two remain, one at the abbey and the other at a parish not too far from the abbey. My condolences to them. Astonishingly, Cuthbert was the fifth to die from that group of novices. The others are off doing one thing or another. Read Cuthbert’s obituary; multiply it by 100. Why? He was a character for Christ’s sake! 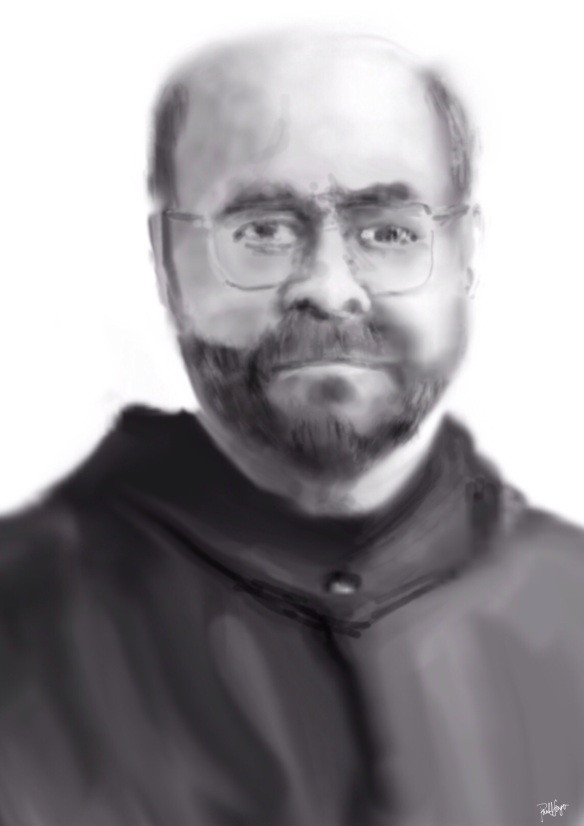 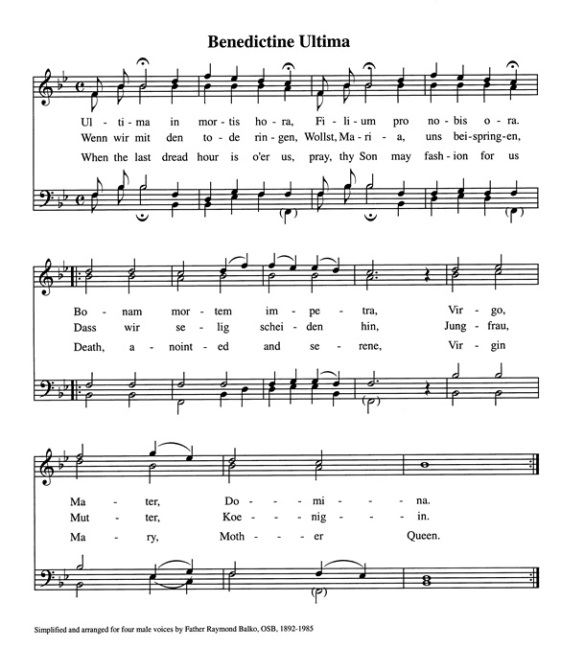 3 thoughts on “Rest in Peace, Cuthbert”

This site uses Akismet to reduce spam. Learn how your comment data is processed.